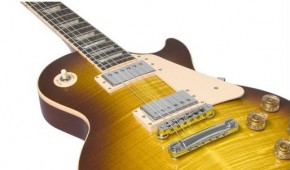 Planning to get an electric guitar? Now I know this may seem like a big thing taking all the top brands and everything into consideration, however with a little research and insight you can easily get a guitar that is both suited to your needs and budget. Without further ado, let’s get started!

Getting the budget in place

Now I can imagine very well if you want to get the latest Fender which has hit the market, but seriously you are looking at expensive price tags here. High quality guitars can very easily top the $3,000 range and you are best to consider your options before you make your purchase.

Having said that, I do not discourage you from buying high end guitars, by all means if you can afford one then go for it. This is extremely important because the higher the quality of the instrument, the better the experience you will have playing it. This is obviously a very personal decision and you will need to know for sure how much you are willing to spend here.

Another thing that you need to know is that cheaper guitars are not essentially poor in quality. Due to computer aided manufacturing techniques, guitars, especially electric ones are now being made at less costs without sacrificing on quality. You can get excellent guitars for $150-$250 of appreciable quality these days which would have probably cost 3 to 4 times as much about 20 years back.

Getting Round the Basics of the Electric guitar

An electric guitar produces sound via an electric pickup that is installed below the strings. The pickup collects the vibrations of the strings and transfers them to an amplifier. A pickup is essentially a small device that is made of a magnet surrounded by a very fine metal wire (at least most of them are). As the guitar strings vibrate within its magnetic field, it produces a very small electric charge which is fed to an amplifier which boosts the signal and further on feeds it to the speakers.

Because electric guitars use only a pickup they do not require a hollow body as is seen in a traditional acoustic guitar. In fact most electric guitars are made out of solid wooden or plastic body. However this does not mean that you can have an electric guitar made out of anything; the material used in the body still has a great impact on the quality of the sound that the guitar produces. 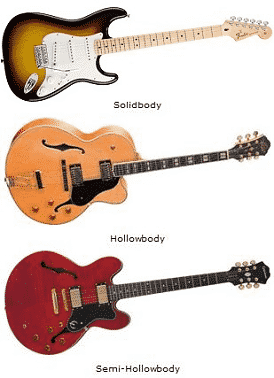 The scale length refers to the distance between the strings and the head-nut which vibrates once the strings are plucked. This length determines, to a great extent the sound that the guitar makes. Two scale lengths are most common:

Electric guitars have three different types of neck constructions, these include:

The bridge is the part of the guitar on its body on which the strings are attached. They are used primarily to compensate for the slight differences in tones produced by the string’s length, material etc and also for using a vibrato also known as a whammy bar or vibrato arm which allows the player to bend the notes by moving the arm. Of course there are quite a few bridge designs that exist, three most popular are:

Buying a guitar need not be the toughest thing in the world. As said above keep your interest in perspective and go for the guitar that you think well suits your tastes and preferences. Music can be an expensive hobby; this especially so if the hobby in question is guitars. Good quality guitars can indeed cost a small fortune so if you are an avid guitarist and would like to go in for that top quality Fender or Gibson then, by all means go in for them. Music is indeed a passionate hobby and if this is what you choose to do for a living then don’t let anything stop you from pursuing your dream guitar!

I decided to pull the trigger on a Xaviere guitar XV-550 so I can write to YOU, my Gear-Vault readers, an accurate hands-on review about my personal experience with the Xaviere XV-550 Gutiar from GuitarFetish. […]

Valley Arts Guitars Brent Mason Signature Custom Pro – Brent Mason collaborated with Valley Arts on this amazing-sounding guitar, which is based on the 1968 Fender Telecaster that Mason has used for years. The Brent […]