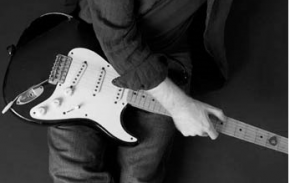 I must admit, I was kind of happy to discover that fellow music scribe Sarssipius, who writes for muzicosphere.com, took enough gentlemanly issue with my “Why Won’t The Blues Evolve” piece that ran here on Gear-Vault to publish a rebuttal piece on his site, which you can read here: The Blues Has Evolved… But The Fans Didn’t!

I always enjoy when something that I have written (although Sarssipius mistakenly credited the article to my co-conspirator on the ‘Vault ,Chaz, when it is, in fact, my handiwork) gets enough of a reaction from someone that they write something of their own about it. His basic point is that blues musicians still cling

to the old ways of the style because their audiences demand it. He states that blues players are facing a largely traditionalist audience who want to see the old recreated and that it is a matter of economic survival for them to play to that audience if they wish to continue working.

I really believe this is a valid claim. The life of a working musician in any style is not easy and one way to make it even harder is to swim upstream stylistically. It is always easier and more profitable to give the people what they want, rather than what you think they should have. This has been true since the beginning of time. The question is: why do so many people want to hear the same thing over and over? Is it a case of stunted growth, musical ignorance, or the aging of the core blues audience? I don’t really have an answer for that one. I know there is an aspect of preservationism to the blues crowd that, while commendable, seems to keep the blues mainstream landlocked in the past.

In most other musical styles one can find a traditional contingent, but the mainstream remains largely in the present day. There will always be people playing old school, straight-ahead blues and it will never totally go away, so maybe it’s time to give something new a chance. Maybe blues fans should take a shot at listening to something that doesn’t just go rumpty-rump all night. Sarssipius mentions modern artists like Chris Thomas King and Popa Chubby who are doing new things with the blues form. Start with them. Give Derek Trucks a try, too. Give the music a chance to become relevant and viable in the times we are living in. Maybe check out other forward thinking acts like Chicago guitarist Joe Moss, who’s album Maricela’s Smile is a real challenge to anyone who thinks the blues has to be one certain way or another.

The blues will never die

They might, however, lose all meaning to present-day music fans if they don’t get out of the past and keep refusing to acknowledge the passage of time and the changing of the musical audience. That would truly be the saddest thing of all. Blues music is a huge part of American culture and it would be tragic to think that all that can be done with it has already happened. That is just what is going to happen if fans don’t open their minds and let some fresh air in. That doesn’t mean that we all need to throw away our Muddy and Wolf albums; it just means that we need to support more than just neo-traditional acts. Buy a CD from someone new or book them at your festival. Give them a shot. Who knows? Maybe you will find something you like. At the very least, you will have done a small part in keeping a living, breathing art form from turning into a museum piece.