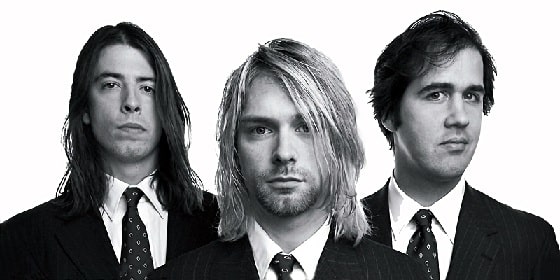 I’ll admit it. I love pop metal: Bon Jovi, Poison, Motley Crue, Def Leppard. Bring on the cheese. I’m in. Despite the fact that much (though not all) of the music was awful, I still enjoy it today. Pop metal was the soundtrack for a good portion of my childhood. There was an honesty to it. That’s right. I said “honesty.”

Conventional wisdom says that music from the late 80’s was too “fake.” Too much hairspray, too many cookie cutter songs, too many of the same “sluts and concert footage” videos on MTV over and over again. Fake. Then the bands from the Seattle grunge scene (Nirvana, Soundgarden, Pearl Jam, etc.) broke the mold and supposedly fixed everything. These bands were “real.” They wore flannel shirts, didn’t jump around on stage, wrote depressing songs and generally connected with the anti-corporate rock sentiment that had been building throughout the pop metal era.

I am not here to tell anyone what’s good music and what isn’t. I am here, however, to overturn the hypocritical notion that pop metal bands were “fake” and grunge bands were “real.” 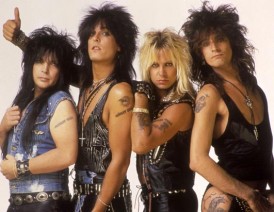 That is the ultimate honesty… “I want to party, get rich and bang chicks, and I will look and act like a complete idiot in order to do so.”

Grunge bands, on the other hand, stared at their shoes a lot. They were part of a reactionary movement against the extroversion of the 80’s. Grunge bands were uncomfortable with the idea of being rock stars, or at least projected that image. They wrote songs about darker, often politically charged topics like teen suicide, domestic abuse and poverty. They played huge stadiums, sold tons of records and cashed huge checks.

I’ve got an idea. If you’re uncomfortable with the idea of being a rock star, then don’t be a rock star. Don’t sign a major label recording contract. Don’t play arenas and stadiums. Definitely don’t cash those huge checks. Only rich capitalist a-holes (you know, all those people you don’t like) cash huge checks. Stay with that independent label and stick to the local underground scene. It’s “who you are,” right? RIGHT?!?!?

OK, rant over. That’s been building up for about 20 years.

Again, I’m not here to pass judgment on the quality of anyone’s music, but merely to point out that being a rock star yet clinging to an underdog, everyman, indie label image while at the same time going platinum and playing to tens of thousands of people a night is the fakiest faky McFake-a-lot hypocrisy of all time, at least musically speaking.

There. I said it. Deal with it.

About the author: Dan Vuksanovich received his Master of Music degree in classical guitar performance from the Peabody Conservatory of The Johns Hopkins University in 1999. He currently teaches and blogs about how to get better at guitar.

With its members drawn from Traffic and Cream, two of the most popular groups of the era, Blind Faith was hailed as rock’s first supergroup. The band started when Eric Clapton, who had just left […]

Auburn Hills, Michigan — DTE Energy Music Theatre, Carnival of Madness Tour — If you were one of the fortunate 15,000+ people in attendance at the August 7, 2010 show, you’ll certainly remember how kick […]