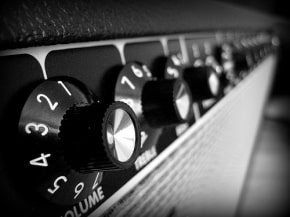 First, let me reassure you, gentle reader, that there will be no discussion of Swedish pop groups in this space. What we are talking about here are amplifier classes, which are defined by how an amp operates and produces its tone. There are many different types of amp classes, but in this article, we will touch on the two most common in the guitar world, which are Class A and Class AB. Understanding a bit about these two types of amps will make amp shopping a bit easier and will give amp shoppers an idea of how many popular amps differ from each other in terms of tone and response.

Playing a Class A amplifier is very trendy today, especially in boutique amp circles, but many players aren’t really sure what ‘Class A’ means. A Class A amp is one in which an amps’ stage devices are passing current at all times, including at idle. This causes current to be immediately diverted to the speakers when an input signal hits the amp. This translates into the amp feeling a lot ‘faster’ or more responsive under the fingers. This also allows an amp to be much louder with a lower power rating than other kinds of amps. Class A is all the rage today, but is really nothing new. Vox AC-30s and Fender Champs are classic examples of vintage Class A design, while DR. Z, Matchless, Rivera’s Venus series, and others are keeping the Class A flame burning in the new millennium. Class A amps also operate at higher voltages than others amps, which means more heat generated, which can also mean a bit more maintenance and a somewhat shorter lifespan for the tubes involved.

Class AB amps are the most common types of tube amp (Fender, Marshall) and they operate in Class A for part of their output and turn on additional current for the remainder of their output. Class AB amps feel ‘slower’ to the player as there is a time lag between the application of the input signal and when the devices are turned on to let current flow to the speakers. They also need higher power ratings to produce the same volume as a Class A unit, use lower voltages, and tend to be a bit more stable and less in need of repair work. Fender Twin Reverbs are a classic example of a Class AB amp and playing one next to a Vox or other Class A amp will start to give an applicable understanding of the ‘hands-on’ differences in the two designs. Below is a basic concept video, definitively good to watch. If you enjoyed this article, read Tube Amps vs Solid State Amps at Gear-Vault!

What is a Potentiometer? Potentiometers, or “pots” for short, are used for volume and tone control in electric guitars.  They allow us to alter the electrical resistance in a circuit at the turn of a […]