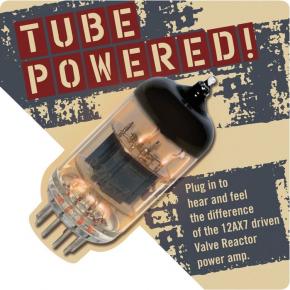 About preamp tubes for a Marshall JCM 600 head

I recently bought a Marshall JCM 600 head and would like to keep spare preamp tubes on hand. The preamp uses ECC83, but I’m told I could also use either 12AX7 or 12AX7A tubes. Will substituting these tubes damage the amp or change its tone? And would it require having the head rebiased?

You’re in luck, Max. First, preamp tubes do not need biased, only output tubes (i.e., EL 34, 6L6, 5881, 6550, etc.) require biasing upon installation. What’s more, there is no difference between 12AX7s, 12AX7As or ECC83s. They are essentially the same tube with different model numbers. In England and around Europe they are commonly referred to as ECC83s, but in the U.S. they are referred to as 12AX7s and 12AX7A. Rumor has it that in the late Fifties and early Sixties, General Electric offered the 12AX7 in its product line and made a change in the cathode material used in the manufacturer of this tube. To differentiate the new tube, GE stuck an “A” on the end of the model number. Whether that’s fact or fiction, the bottom line is either tube can be substituted for the ECC83. While doing so will in no way damage your amp, it will in all likelihood change your amp’s tone. Any musician with good ears will tell you that tubes have their own unique tonal character—even tubes of the same model number and from the same manufacturer. For this reason, many musicians like to buy more tubes than they need, then pick those that sound best to their ears.

Read more about tubes at “A Field Guide to Tubes”

I’m retubing my 5150 head entirely. What tubes do you suggest, and what other suggestions can you make for choosing good tubes and getting good sounds James XXXX@yahoo.com You’ve got some choices here, James. […]

Marshall is one of the most reputed guitar amplifier manufacturers in the world. The history of Marshall Amplifiers is a really interesting one and the company with its excellent products has indeed rewritten the way […]