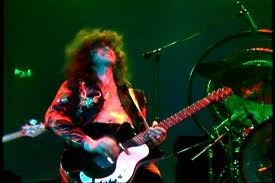 Danelectro guitars are highly sought after collectible items by discerning guitarists and are of extra-ordinary quality and style. The history of Danelectro begins in 1947 when it was founded Nathan Daniel primarily as an amplifier manufacturer. However by 1954, the company had started producing solid bodied electric guitars and finally acoustic and bass guitars. The amplifiers and guitars that Danelectro produced were sold to retailers like Montgomery Ward and Sears which sold the instruments after putting their own brand names on them.

Although Danelectro guitars were initially pretty cheap and affordable, today vintage Danelectro Guitars (affectionately named Dano’s) can be sold for thousands of dollars. Their distinctive tone and look are very popular with guitar enthusiasts and those who reminisce the heydays of electric guitars. One of the main distinctive feature that Danelectric guitars had to them was the “Lipstick tube” pickup which contained the entire pickup mechanism inside a lipstick tube. While this was originally meant to be a cost cutting measure, it also produced a very distinctive sound which was crisp and attractive in its own way.

The early Danelectro guitars were named “Model 1954” as that was the year they were introduced. The guitars were made from a single block of Poplar wood and had a long aluminum bar from the bridge to the peg head which allowed them to greatly save on manufacturing costs. While the Danelectro models had a tweed covering, the ones sent to Sears for the Silvertone line had a maroon vinyl covering.

In 1957 Danelectro made yet another innovation to its line by making guitars out of solid poplar along with a masonite covering. They also added a chrome plated lipstick tube to house the pickup assembly. In doing so Danelectro kept on cutting costs while providing superior and quality instruments to their users.

The Amp in Case Guitars

A new innovation that Danelectro came out with in favor of the amateur guitarist was the amp-in-case series which offered a single pickup guitar and a 3-watt amplifier along with a 6 inch speaker within the case. The product was obviously designed so that the musician need not bother tugging heavy equipment around with him all the time. In 1963 Danelectro offered the two pickup guitar with a 5 watt amp and a 8 inch speaker.

In 1966, Danelectro was sold to MCA which introduced the Coral line which had a hollow body which was made in Japan and then sent to the Danelectro plant in New Jersey where the hardware was attached to it. However after a failed marketing strategy, MCA decided to close down the Danelectro guitar line in 1969.

In the 1990’s, another company called the Evets Corporation started selling copies of the older Danelectro and Silvertone guitars. However these again had to be stopped as the sales slowed down to a trickle after some time.

As of 2006 Evets has decided to issue a limited number of reissued Danelectro models, most of which can be purchased for less than 400 dollars, much less than the vintage originals. These are made from similar materials as the originals were made including Vinyl, Masonite and Poplar wood bodies.

Danelectro today focuses on making effects pedal and are well renowned for these. The history of Danelectro is not as glamorous as some of the more popular brands out there however that is not to say that they have not contributed to the world of music. Some of the innovations they made have actually been adopted by company such as Fender who’s Fender VI was inspired by the Danelectro 6 string electric bass.

Alex Lifeson is known to have played a tremendous number and variety of guitars throughout his career, and even on one record – in the making of Rush’s 2002 release, Vapor Trails, Lifeson used 50 […]

The Orange Tiny Terror is the amp we have to thank for making lunchbox-sized amplifiers a very trendy and popular part of the guitar amp market. Sure, there have always been builders out there who […]

When Dan Armstrong designed his acrylic-bodied guitars in the late Sixties, his goal was to create an instrument whose rigid, synthetic body would produce a high level of sustain. Whether the experiment was a success […]