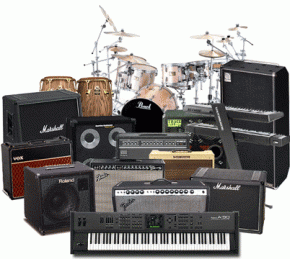 Needless to say I’ve never found anything that attracted me to buy, yet. Hopefully one day I’ll find the that “smart deal” that compels me to click that “Add to Cart” or “Buy Now” button. Of course, I’m personally attracted to electric guitars, tube amplifiers and stompboxes. I certainly don’t need anymore guitar cords, straps, or strings.

When I do have the opportunity to check out MF’s Stupid Deals, I usually see mic stands or, like today, PRS Cables Guitar Bud Interface cable for iPhone and iPod touch, though yesterdays TASCAM DP-32SD – 32 Channel Portastudio looked pretty interesting. But not exactly something that I really need right now.

Another trend about Musicians Friend’s Stupid Deal Of The Day is they do not like to reveal stupid stuff from prior days. I remember there was talk on a guitar message forum that Musician’s Friend was blowing out Fender American Telecaster Deluxe guitars for $699 and there were other reports of MF blowing out Dean Razorback guitars for $399 (normally $899) during Stupid Deal Of The Day stints, though these can not be confirmed.

So this got me thinking. What have you found on Musician Friend’s Stupid Deal Of The Day that was a smart buy? Did you buy it?

Okay Gear Vault readers, report Musician’s Friend’s Stupid Deals Of The Day on this page so we can keep an inventory of what’s stupid and what’s smart.

Semi hollow body guitars also known as semi acoustic or semi solid guitars are essentially electric guitars which offer a best of both worlds of sorts. They were created especially for players who wanted the […]

HOW TO CHOOSE THE BEST KIDS GUITAR FOR YOUR CHILD [2020]

Most of us readers at Gear Vault remember what age we started playing guitar and what kind of guitar we first started playing. But many parents are stumped on which kids guitar to get their […]