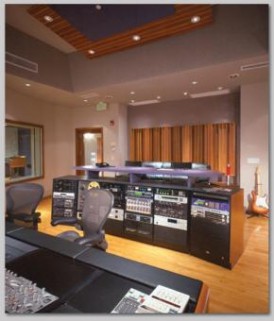 Ask people who have owned 24-track, two-inch recording studios what they think of ADATs, and they’re likely to become extremely perturbed. Not because they’re offended by the notion that digital technology could ever sound as “warm” and “punchy” as analog equipment, not because they refuse to take any recording medium that uses $10 hi-grade video tapes instead of bulky $150 reels seriously, but because ADATs—which sound so damn good and are so damn cheap—are gradually taking away their business. And to make matters worse, in 1998 Alesis released an improved version of eight-track, 20-bit recorder which sounded even better (and were much cheaper) than the prior 16-bit machines that were gnawing away at analog studio client bases.

The 20-bit ADATs system were available in three versions: the M20 (retailed for about $6,999), a super high-end machine with all the bells and whistles necessary for professional audio-visual production facilities; the mid-priced (retailed for about $2,249), a scaled-down version of the XT designed for people looking to get in a good thing without going into massive credit card debt. The 20-bit format, called ADAT Type II, is fully compatible with the older, 16-bit tapes, and could operate in 16-bit mode.

In comparing the XT and the LX, my slightly fried guitarist’s ears were able to detect no difference in sound. Both reproduce guitars and drums without any of the “crunchiness” that people sometimes associated with 16-bit ATATs. And, as far as I’m concerned, both sound quite warm, especially if you have a few good mikes and tube mic preamps at your disposal.

Of course, to bring down the price of the LX, Alesis had to cut a few corners. For example, the XT has -10 dB unbalanced RCA ins and outs as well as a professional grade, balanced +4 dB ELCO connector in the rear for connecting a snake with balanced input and output connectors. The LX, however, only features unbalanced RCA ins and outs. So if your studio is already wired up for +4, you may want to go with the XT. In addition, the LX only has five auto locate points (the XT has 10), slightly inferior D/A and A/D converters (though, as I said earlier, I couldn’t hear the difference) and a sheet-metal housing that is not nearly as sturdy as the XT’s aluminum casing. If you’re going to set up the LX in a studio and leave it be, this detail is negligible, but even Alesis recommends that people who intend to rack and roll their ADATs regularly spring for the heftier XT. Still, if none of these things are important factors for you, the LX is a great way to save some money and not pay for features that you won’t use.

Alesis’ Studio 32 console (retailed for about $1,299) is another piece of gear that had the competition groaning. Unlike the similarly priced Mackie CR1604-VLZ, which has heretofore been one of the most popular boards among home-studio ADAT users, the Studio 32 features inline monitoring on each channel. That means that, while both are 16-channel boards, the Alesis has an additional input on each channel for monitoring the output of the tape machine, so you won’t have to repatch to listen to all of your tracks or use channels on the board just for monitoring. (You can set up either board in such a way that you use the channel inserts to send to tape and the standard inputs for monitoring, but depending on how you’re routing your signals, you may not want to keep your studio wired this way.)

The Studio 32 contains high-gain/low-noise mic preamps, and each channel features high, low and one band of fully parametric midrange equalization (a nice touch rarely found on smaller consoles). A parametric EQ gives you separate controls for gain, center frequency and bandwidth, so you can use it for broad tone shaping or to notch out a very specific frequency without affecting the overall sound.

With four aux sends, four stereo aux returns, four subgroups and inserts on every channel, the Studio 32 offers flexible routing with plenty of room for outboard gear. All of the board’s mic preamps feature standard 48V phantom power, so if you’re lucky enough to own some condenser mikes that need juice to produce, you won’t have to muck about with external power supplies.

Get your hands on an ADAT or two, a Studio 32, a few good mikes and a bit of outboard gear, and you’ll be cranking out great sounding recordings in no time. But be forewarned: your buddy down the road who just blew $50,000 building a fancy-pants recording studio will hate you for it.

In recent years, all-in-one PA systems have become a hot item. These units offer a mixer, power amp and a pair of speakers in one portable package. The problem with many of them, hover, is […]

TASCAM has been making recording gear longer than most people reading this have been alive, so they know their audio processing, and they know how to design devices that successfully combine audio fidelity, build quality, […]

Over the past decade, I have always used some variation of POD for recording. It is by far, the easiest and fastest method of recording guitars. But when I’ve tried taking those sounds to the […]