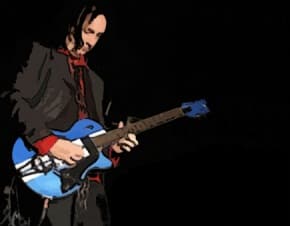 Stand on any street corner and yell “AND I’M FREEEEE!”,  and you will undoubtedly get the response “FREE FALLIN!”. Now walk up to one of the responders, and ask them, “Who is that?” Again, they will surely say, “Tom Petty”. Which is true—to a point. Everyone knows the jaw-dropping  catchy hooks and choruses that can be found in the lining of Pettys songs, but few of them really know where the guitar credit should go.

Before you say it, yes, I know, Tom Petty plays guitar on just about every one of his songs. However, this is the Unsung column, so today we are saluting Toms right hand man, Mr. Mike Campbell. More than just a band member, Campbell has transcended the title in a number of ways. He has risen to that of songwriting partner, composing partner, and the guitar “go-to” guy.

Despite being featured on numerous hits, Campbell has been skimmed over by the powers that be for whatever reason.

Campbell was born in Panama City, Florida, and grew up between there and Jacksonville. According to other (and former) members of the band, Mike was hanging out at a friends house (who was a member of Pettys group at the time), and was asked if he could play rhythm guitar. Showing up in cut off shorts and an 80 dollar Japanese guitar, the other members were not exactly floored. However after he ripped out his version of Johnny B. Goode, they couldn’t have cared less what he looked like. He had the job. From that point on, they would play together, with some minor lineup changes, a few name changes (The epics, Mudcrutch, and finally Tom Petty and the Heartbreakers).

Campbell is not a showboat, and doesn’t care all that much for overproduced, hyperextended solos. Each one of the Heartbreakers contends that he delivers his finest talents by serving the song, not himself. This doesn’t mean he sits and strums cowboy chords all day though either. Mike Campbell knows how and when to let it go and when to rein it in. His greatest lead efforts are arguably displayed through his use of the slide. His slide work is absolutely on fire, whether fast or slow. His slide style is exceptionally odd as well, where his entire hand is up and underneath the neck—no thumb is around it at all. His best slide work can be heard on “Won’t Back Down”, “Something Good Coming”, and “Into the Great Wide open”. I find his playing so interesting because he can capture any mood required. On “Into the Great Wide Open”, the drifty, swirling atmosphere is perfect. Contrasting to Runnin’ Down a Dream”, the furious wild ride that fills the bars and stadiums around the world to this day.

Mike has an interesting (to say the least!) setup. With over 20 guitars at his disposal on a regular basis, there is a lot to work with here. Many of the axes he has are used have a one specific purpose, so we’ll only be looking at his main guitar, which is the Duesenberg Mike Campbell signature. (Specs Below). To follow the signal path, next are the effects. The effects currently in the setup are: A Digitech Whammy II pedal, a Boss TU-2 Tuner, a Boss RC-20 Looper, a Line 6 DL4 Delay, an original Way Huge Camel Toe overdrive, a Line 6 MM4 Modulation Modeler, and a Vox-Crybaby Wah. This is routed to a Voodoo Lab amp splitter, which then divides the signal among his amps. Oddly enough, Mike doesn’t use any high wattage amps. They are all small and vintage amps. He was quoted a while ago saying

“We’ve gotten to a point where we’ve realized we can get a better sound if we keep the overall stage level quieter . So what I’ve been using on the last couple of tours is just a Fender Princeton positioned up in front of the stage and facing me. Behind me, I have a Fender Deluxe and my old Vox AC30 which are facing out from the side of the stage. I “feel” those amps more than I hear three amps in the house mix and blend them at his discretion. Mostly what I hear on stage, though, is the Princeton.”

Campbell is still going strong with Petty and the other Heartbreakers. He also has a side band, known by the moniker The Dirty Knobs. He doesn’t like the idea of a solo album either, so we can expect to hear him with Tom and Co. for quite some time I believe.

Now for the listening; where do I even begin? With an artist that has such a large repertoire, it’s quite a task, but here goes.

I should have known it  start – finish

All the wrong reasons  start – finish 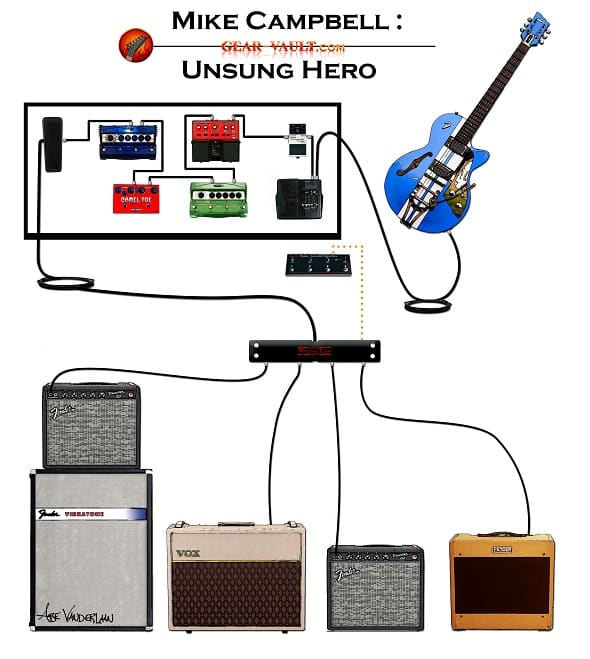 Who Inspired You to Learn to Play Guitar?

No matter what anyone says, every musician pulls influence and is inspired by at least another musician(s) in his or her lifetime. For me, my list of artists spans a few different genres, and I […]