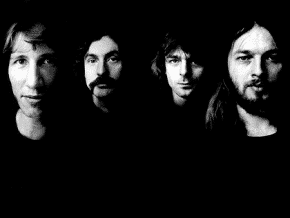 The Dark Side of the Moon is widely recognized as one of the most definitive, ground breaking albums of the 1970’s progressive rock movement, and of all time. Remaining on the billboard charts for 741 weeks (over 14 years), it is the longest reigning billboard album to date. This is for good reason, because it’s an incredible masterpiece, right down to its’ infamous prism design on the cover. We celebrate the anniversary of its US release on today, March 10th, nearly 40 years after its conception.

Pink Floyd released the album under Capitol records in 1973, and it shot straight to the top of the Billboard charts. The album, unified by ideas like what made people go from sanity to madness, or what struggles the band and everyday people were facing at the time clearly spoke to those who heard it. The first time I heard The Dark Side of the Moon, I was a little estranged. All of the crazy sounds emitted on tracks like On the Run, and the startling chiming of 20+ clocks on Time really threw me off. Once I listened to the album again though, I fell in love. These guys created something that can’t ever be reproduced, and to be honest, I haven’t heard an actual “album” that is better to this very day.

Speak to Me/Breathe (Waters, Gilmour, Wright)
This is my favorite song off the album, let alone in my top ten songs of all time. There’s something incredible about it. Starting with the collection of random sounds from the album, the demented laughter crescendos into the first song, Breathe. The song is extremely simple, bouncing between the root chords of E minor and A. David Gilmour creates a stunning landscape of sound between his phased guitar and atmospheric slide guitar part… whatever he’s doing, it could be described as a soundscape. The lyrics of the song will never cease to speak to me:

Breathe, breathe in the air
Don’t be afraid to care
Leave, don’t leave me
Look around, choose your own ground
Long you live and high you’ll fly
Smiles you’ll give, and tears you’ll cry
All you touch and all you see
Is all your life will ever be

It still gives me goose bumps, and still resonates with how I want to live my life, and how anyone ought to live as well: freely.

On The Run (Gilmour, Waters)
This song exploits the use of an EMS synthesizer, a modern technology at the time. An eight-note sequence played on the synth was plugged into something called a Synthi AKS which sped the eight notes up and added a hit hat sound to create the repetitive sound heard through the duration of the song. Mixed with some backward guitar noise and sounds to replicate a passing vehicle, the song is meant to show the anxiety and fear of death brought on by the pressures of travel that keyboardist Richard Wright had felt. No matter how you interpret it, it’s definitely an anxious, uncomfortable track.

Time (Mason, Waters, Wright, Gilmour)
The sudden symphony of clocks going off seconds after another is always startling, especially to newcomers of the dark side. This trick with the clocks was done thanks to legendary engineer Alan Parsons. He had been separately working on recording sound effects and a new surround sound technology called quadraphonics. To create the effect, Parsons recorded each clock independently in an antique shop and then spliced them one after another.
We of course cannot forget about the badass guitar solo via David Gilmour in the middle of Time. It’s simple, though extremely moving. It’s my kind of guitar solo.

The lyrics of time, according to Roger Waters, sum up how life is not about being prepared for what’s going to happen, but really about just taking control of your fate. The song to me is close to this, but after listening to the lyrics, it’s actually quite frightening to a degree. I can’t help but feel somewhat apprehensive…

And you run and you run to catch up with the sun, but it’s sinking
Racing around to come up behind you again
The sun is the same in a relative way, but you’re older
Shorter of breath and one day closer to death

The song is a real reminder that our time here is limited. Don’t wait around for something else “better,” but do what makes you happy, and don’t let anything stop you. The song ends with the Breathe reprise. Of course, I love this. Who says you can’t bring back the melody from the first song and change the lyrics two songs in? Only The Floyd can really pull it off.

The Great Gig In The Sky (Wright, Clare Torry)
This song has one of the most gracious piano parts I’ve heard. Combined with the returning ambient slide guitar, this is another great song. The track is completely dominated by vocalist Clare Torry, who despite originally declining the invitation to come freestyle on the track accepted the invite at a later date. What’s on the record is a combination of just a few takes she did. It’s an incredible showcase of vocal ability. An interesting bit if information, in 2004 Torry sued EMI and Pink Floyd demanding royalties, and that she be given a songwriting credit. She actually won, and now her name is on the credits for the song. I’m on the fence when it comes to this, because if not for Waters the song would have never been created. She did make it amazing though…this is another excellent song.

-If you’re listening to the LP version of this album, please flip the record to side B-

Money (Waters)
If you’re anybody who listens to music, odds are you’ve probably heard the infamous 7/4 bass line that is Money. The song is about greed, about wanting more than you really need. It’s about all the finer things in life, the fancy stuff, things that aren’t really necessities. It’s about money! This jam is starts with more sound effects, like coins dropping and cash registers. This is IMO the most upbeat song off the whole album. It has a pretty awesome funk/jazz feel, unlike anything on the dark side. The middle of the song has a gnarly saxophone solo, which is then followed up by another David Gilmour shred solo. The song also changes to 4/4 time at this point. This is said to have happened because Gilmour didn’t want to bother learning to play a solo in 7/4 timing. I don’t blame him.
The ironic beast of the song is that it became exactly what it was talking about. This song, aside from the album, made the Floyd untold amounts of money. This put the band in a position of; I’ve done it now, what’s next?
Various voices lead into the next track…

Us And Them (Waters, Wright)

The beautiful, almost haunting organ line in the beginning of this song is so inspiring. For the first 1:45 of this song, it’s a beautiful onslaught of a carefully crafted melody by a mellow saxophone, phased guitar chords, and that incredible organ. After that, the real piano kicks in, and it’s such a powerful chord progression. This is my second favorite song on the album. Some lyrics…

Us, and Them
And after all, we’re only ordinary men
Me, and you
God only knows it’s not we would choose, to do

The lyrics are mostly thought to be directed at the government/authority/war, and the repression that generations had been facing for some time. My angst towards “Them” and what has happened in recent times can’t push me away from this notion. Not only did this hold true then, but it has only gotten worse in recent times.

I refuse to interpret the lyrics as just this though because “Them” can have so many more meanings than that. It can really be understood describing opposites…opposites between races, religion, empathy, differences in opinion. The phrase “Us and Them” is extremely relevant in all stages of the world.
The song basically confirms with me how out of touch the world was then, and still is now. The longing to be connected somehow is evident, rather than being separated by these invisible barriers that we as human beings continue to construct…barriers of fear and ignorance that had been built not only by people of today, but our forefathers as well. We are all the same.

This is another instrumental jam. Pretty cool song that’s very synth heavy as well as guitar driven. There are a few parts where someone’s singing with the guitar from 2:05 to 2:42. Pretty neat. What gets me about this song is the chord progression that hits with 12 seconds left. It’s the same progression that’s used on Breathe, and I just absolutely love it.

This song begins to round up the theme of the album. For the most part, Roger Waters had been writing the song in regards to Syd Barrett losing his mind. Specifically, the lyric “And if the band you’re in starts playing different tunes, I’ll see you on the dark side of the moon” is referencing to when Barrett would start singing the lyrics to a different song than the song the band was playing. The song also references those “on the hill” as just as loopy as those who had really lost their minds. I can only think of those “on the hill” as politicians. I love the message the song has.

When Pink Floyd began playing this album out live, this is what the name of the performance was called. I think it’s an extremely fitting title as it’s the very last song on the album. This song and Brain Damage pretty much flow into each other as one song, which is also pretty neat. The lyrics “And everything under the sun is in tune, but the sun is eclipsed by the moon” bring things into perspective for me. Everything is not as it seems, no matter how positive you are about that. This holds true with many concepts of life, and the differences in which we all live from one person to the next.

Go listen to the dark side. It may influence you in more ways than you could ever possibly imagine. If that’s not enough for you, check out the documentary “Classic Albums: The Making of The Dark Side of the Moon.” It’s an extremely in depth look at how the album was created, and so much more.

The Making of The Dark Side of the Moon

Pink Floyd On the Run Documentary