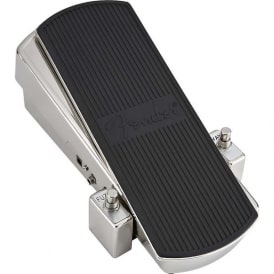 There are few Fender products with as much “indie cred” as the Fender Blender. Once thought of as an overly harsh fuzz pedal, the Blender, thanks to players like Billy Corgan of Smashing Pumpkins and Kevin Shields of My Bloody Valentine, is now a coveted, and rare, vintage pedal. Original Blender pedals routinely sell on auction sites for between $300-400. Like Fender has done with some of their guitars and amps, they have reissued this pedal to satisfy the demand that has surged past the supply on the vintage market.
The beauty of this pedal is that it does not sound like anything else on the market. It has a totally unique voice. This is a pedal made for players who want to create unique instead of copy.

With a bit of experimentation, a player can get countless sounds out of this pedal, some that were intended and some that were not.The Blender can be used for leads by metal players looking for an ultra-aggressive tone. Fender claims this pedal “will replace other Octave/Fuzz pedals on pedalboards throughout the land.”
(scroll down to see a video of the Fender Fuzz Wah Pedal in action)

The Tone King Is Stepping On 30 Pedals in 30 Days

Longtime friend of Gear-Vault.com, TheToneKing.com is now on its third year of pedal reviews for its TTK viewership. And, in the thick of this otherwise dreary November, the potential for winning big with gear giveaways […]

Electro-Harmonix has a history of pedals with super-hero-sounding names: Electric Mistress, Memory Man, Worm, and P0G. A new trio is no exception: Neo Clone could come out of the Matrix; Iron Lung might be Iron […]

The moment you hold this pedal, you can tell that serious thought, and attention to detail, was put into its design and build. It has a heft that tells you it’s built to last. And […]