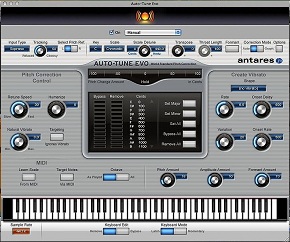 Have you ever listened to T-Pain? You know how his voice always sounds like a robot? Well, thanks to something in vocal technology called Auto-Tune, sensible style and effort to make music has been lost over the past few years. Thank god, the actual end of auto-tune can be seen on the horizon.

Invented by Andy Hildebrand in 1997, Auto-Tune was introduced as a DSP (digital signal processing) plug-in that corrected pitch. Intended to be used on vocals, the plug-in essentially took the recorded audio, and based on a scale selected by the user fixed any pitch produced that was not in the scale.

It became an instant success and such an incredible and useful tool for producers. If they could not get the take they needed, or for some reason a further complication led to being unable to record something, engineers could use the auto-tune plug-in to make a track better than it actually sounded.

It sounds like cheating, and in a sense it is. This is where we draw the fine line of what is the tasteful use of auto-tune, and what’s the abuse of it.

In my opinion, being tasteful is using auto-tune to smooth out the rough edges. If you’re making an album or an EP, you’re going to do many vocal takes. This is especially true if you’re serious about making it sound good.

Now, because of the insanely critical market that has become the American music industry, the listener demands that everything sound perfect. It’s what they’ve been conditioned to thanks to producers who have created this degree of perfection. Certain genres of the industry demand flawlessness, and this is where “smoothing out the rough edges” can really come in handy.

If I had it my way, I’d like that last part of the vocal line to be a little bit flat. It just sounds more natural, and makes music complete–we’re not computers. Yes, producers and technology have turned us all into music Nazis, and it never used to be like this.

Go listen to an old Doors album–you’ll hear some of Morrison’s notes are way out sometimes, but they weren’t fixed, or auto-tuned. That was the take he did, and that was the best one they had when it came down to it.

Now yes, it’s fun to turn the auto-tune mix all the way up and listen to your voice hit eight notes of a scale perfectly with no sliding in between, but using it as a gimmick and actually gaining respect is completely ludicrous. To each their own, but I can’t stand it.

Completely talentless individuals gain credit in a world where people spend their whole lives attempting to turn just a few heads, and at what expense? The fad has been embraced by Metal-Electronica genres and modern Hip Hop, and after the first listen, it really never stops annoying my ears.

The gimmick seems to be fading though, thank god! I’ve been hearing less and less auto-tune everyday and it appears that the listener is finally sick of the T-Pain robotic bull****. Good for them! I’ll admit the gimmick is cool/fun at first, but enough is enough.

I want these artists to challenge themselves and grab an acoustic guitar, a piano, or something they have to play. If they can’t play anything, then have someone else do it. Then sing to it. If you don’t have an accompaniment, sing acapella. Whatever it takes to really begin creating and leave the auto-tune on the auto-off, do it. Our quality of music will evolve more significantly than it ever has before, and so will our artists.

Increasing reports and complaints from music stores and musicians about the explosion of counterfeit guitars spreading like plague, four of the top known names in the musical instrument business, Ibanez, Gretsch, Fender and Paul Reed […]