Below is a picture of Satriani’s pedalboard that he uses with his new band Chickenfoot. Can you guess what those pedals are? 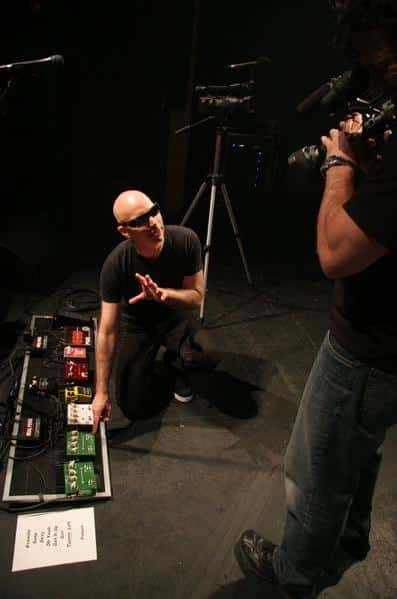 How to build a guitar fuzz pedal – Building your own guitar pedal is a simple way to add fuzz or distortion, and can save you money buying over a premade pedal […]

Gibson Guitars have been really busy in 2009, they’ve announced the Gibson Hendrix Stratocaster–which turned out to be a complete flop, the Gibson Dusk Tiger, Gibson Eye, Gibson Les Paul Florentine, and even Buckethead’s Signature Les Paul. Now Gibson announces the Jimmy Page ‘number Two’ Les Paul. I like this guitar much better than the other guitars Gibson birthed in 2009. This guitar is actually a legendary Les Paul inspired by Jimmy Page’s 1973 Les Paul Number Two, and we all know Jimmy (and his gear) is a great to be inspired by […]